Since our inception, Lifeline Energy has been involved in a variety of communication and education initiatives, mainly in Africa.

Some projects ongoing, while others might officially be “closed”.  Although classified as officially “closed” that doesn’t mean that our products still aren’t being used.  Closed usually refers to the time when the donor reporting requirements have ended, the involvement of an international NGO has ended.  However, it’s highly likely that groups are still meeting and classrooms are still listening to our media players and radios.   We’ve come across our radios which are still being used by communities ten years later.

For ease of reference, we’ve listed the countries that we’ve been involved in Africa to the right.  Outside of Africa, our involvement has been in the field of humanitarian / disaster response globally.  Using the Search function at the top, you can also search by sector such as education or agriculture. 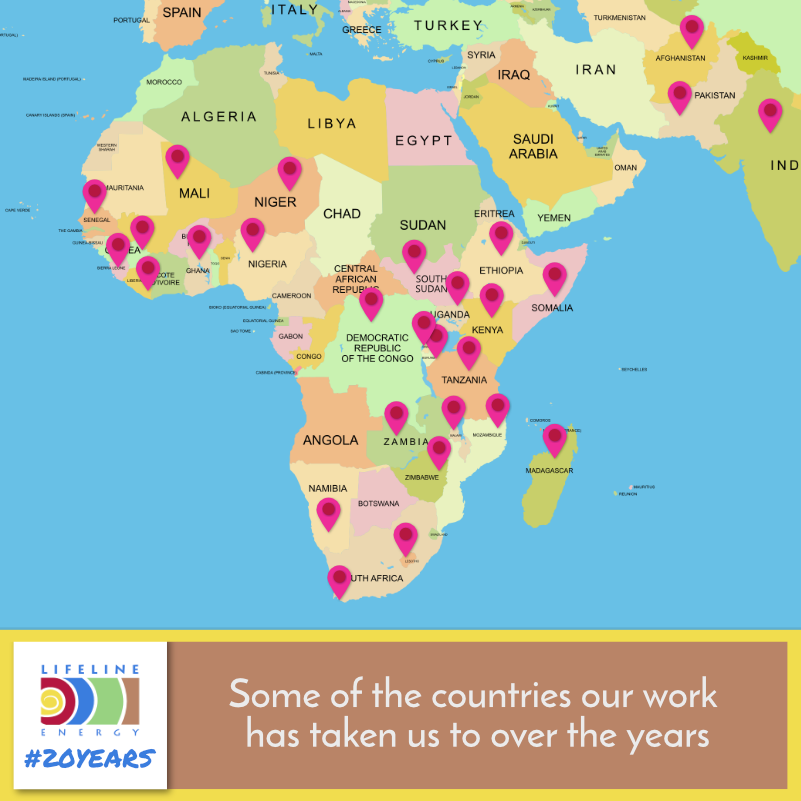 KENYA – Our Kenyan partner, Kilimo Media International (KMI) and Lifeline Energy have created Tawang’a (‘knowledge that builds’ in the Maa language). Tawang’a is a new initiative to enhance emerging women farmers’ ability to cope with the impacts of climate change by providing them with a wide range of information using our Lifeplayer MP3s.

Maternal and Child Health and Nutrition

ZAMBIA – The 1,000 Days of Motherhood Maternal and Child Health initiative is playing a vital role in educating pregnant women and new mothers on nutrition and maternal and child heath. This audio series explains to mothers how to keep themselves and their babies healthy, in practical and affordable ways that respect local culture and tradition.

ZAMBIA – We’re working with COMACO to support conservation farming and save precious wildlife. As an alternative livelihood to poaching, Conservation for Community Markets (COMACO) partners with traditional leaders, communities, and farmer cooperatives to provide support, skills and a market for farmers’ products.