Lifeline Energy is delighted that Sophie, Countess of Wessex, is drawing attention to the situation of girls suffering sexual abuse and violence in Sierra Leone. On her recent trip to the country, she visited several schools participating in the Leh Wi Lan (Let us Learn) initiative, which includes audio lessons for adolescent girls and boys loaded onto our Lifeplayer units.

The state of girls in Sierra Leone 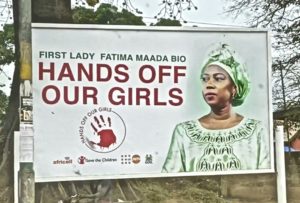 President Julius Maada Bio recently declared that rape and the state of girls is a national emergency. In response, the First Lady, Fatima Bio, launched the “Hands off our Girls” campaign to protect girls from sexual abuse, early marriage and teenage pregnancy and to empower them.  On our recent trip to Sierra Leone, we saw dozens of these billboards across the country.

Sierra Leone has some of the highest rates of early marriage and teen pregnancy in the world. According to a Demographic and Health Survey, 13% of girls are married by age of 15 and 39% before their 18th birthday. Teenage pregnancy dramatically alters a girl’s chances in life in so many ways. Until recently, girls were even forced to drop out of school once they became pregnant. Further, the World Health Organisation reports that teen pregnancy is a leading cause of death for mothers in Sierra Leone, with the maternal mortality rate at 1,3660 deaths per 100 000 live births.

Leh Wi Lan and the Lifeplayer

With support from the British government, Leh Wi Lan is an audio life skills series aimed at adolescent girls and boys through after-school clubs. Ideally, these clubs should have no more than 20 girls and boys each with two students facilitating, along with a teacher. The aims of the clubs are to:

1. To provide girls and boys a deeper understanding of topics that affect their learning and well-being such as violence, discrimination based on gender and disability and sexual reproductive health.

2. To enhance girls’ and boys’ confidence surrounding these topics, with particular focus on preventing, responding to and reporting incidences of physical, psychological or sexual violence that they may see or experience.

3. To be something that girls and boys look forward to participating in – the clubs should be fun, interesting and inspiring. There are songs, chats and dialoguing exercises to perform.

The audio sessions are pre-loaded onto the Lifeplayer, last for 40 minutes and are hosted by a dynamic female and male presenter. Each session opens with lively music, a welcome,  a setting out of the ground rules for students and an introduction of the topic.

The Lifeplayer was selected because very few of Sierra Leone’s schools have electricity and the country still has a highly “radio-active’ culture. Our CEO, Kristine Pearson, travelled to Sierra Leone to conduct training sessions with district education officers, who, in turn, will train prinicpals in the use and care of the Lifeplayer units. “I was so impressed with the interest the education officials had in the Leh Wi Lan content and how enthusiastic they were about the Lifeplayers,” Kristine remarked. 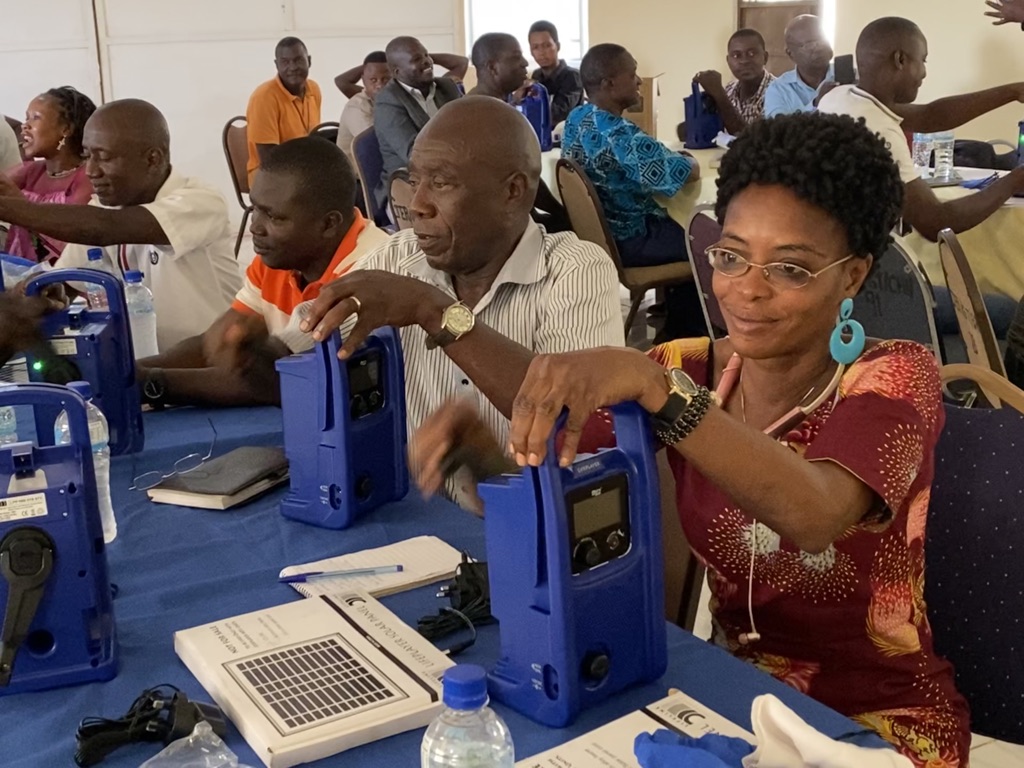 Lifeline Energy is proud to be associated with Leh Wi Lan, a much-needed and wanted initiative. With the Countess of Wessex also taking an interest, it can only help shine a light on the issues impacting girls.