Access to information, light and basic energy in a humanitarian crisis can be just as essential as food, water, medical supplies and shelter. 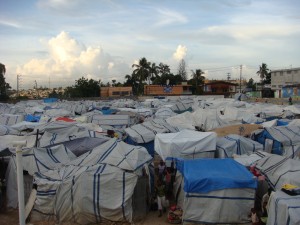 For the past 12 years, Lifeline Energy has been involved in several major humanitarian emergencies – the Mozambique floods of 2000, the 2005 Indian Ocean tsunami, the Haiti earthquake, the Pakistan floods and now the earthquake and tsunami in Japan. Natural disasters don’t discriminate between rich or poor, although the poor tend to suffer more since they own fewer assets and don’t have insurance. These five catastrophes alone have killed hundreds of thousands and displaced more than a hundred million people. In each instance we’ve provided either solar and wind-up radios or self-powering radios with lights to displaced populations working with local aid organisations – but only several weeks to months after the disaster.

When a humanitarian disaster has occurred, we’ve been contacted by other aid organisations, the UN, corporates wanting to help and even national governments all asking for our products right away.  Lifeline Energy being a charity, can afford to  hold only a small number of products as we procure them from our new product development and trading arm, Lifeline Technologies Trading, on as needed basis.

For years we’ve tried to persuade donors to fund a stockpile that would allow radios and lights to arrive as soon as possible and not weeks later when lives may have been lost.  There are aid depots in Dubai, Panama, Italy, Hong Kong and other locations around the world, which make dispatching goods a fairly straightforward process.

In an emergency, I believe that dependable radios or lights that wind-up are essential.  The sun may shine, but in a crisis, a robust winding system has proven time and again to be the most reliable power source. Offering displaced populations devices dependent on costly disposable batteries or solar power only is unsustainable.  People want and need information on-demand in a disaster – from where and when aid will be distributed, to how to find/locate missing loved ones and weather reports.  One also cannot underestimate the psychosocial support that music provides. In Japan, people also want trusted updates on the status of the damaged Fukushima nuclear power plant and radiation levels on a regular basis.

Having dependable light is similarly important for safety and security at night, especially for women, children and the elderly.  If cellular networks are operating, then a way to power cell phones is just as important.

For the Japan earthquake and tsunami, between the generosity of GlobalGiving’s donors and Oxfam Japan, we have 15,000 wind-up and solar Polaris radio-light-cell phone chargers due for delivery in Japan in early April. These are destined for mainly the elderly in the Tohuku Kanto region.  Japan utilises unique frequencies and radios need to be manufactured for this market specifically.

One of the reasons that we created our new MP3 enabled Lifeplayer is for emergencies. It can provide displaced populations with up to 64GB of educational and informational access anytime, anywhere to anyone.  Children can be organised immediately around lessons in their own language. Given its excellent sound quality, the Lifeplayer easily accommodates 60 listeners. Radio broadcasts can be recorded for listening later and people can record their own stories of their survival for generations to come.

As a small agency, we cannot afford to create or hold stockpiles, yet it’s crucial that our products are immediately ready to respond to the next humanitarian catastrophe. Let us never be accused of missing an opportunity to help.

Lifeline Energy stands ready to work with others around the world to share our conviction to increase our disaster preparedness for the next humanitarian emergency wherever that may be.