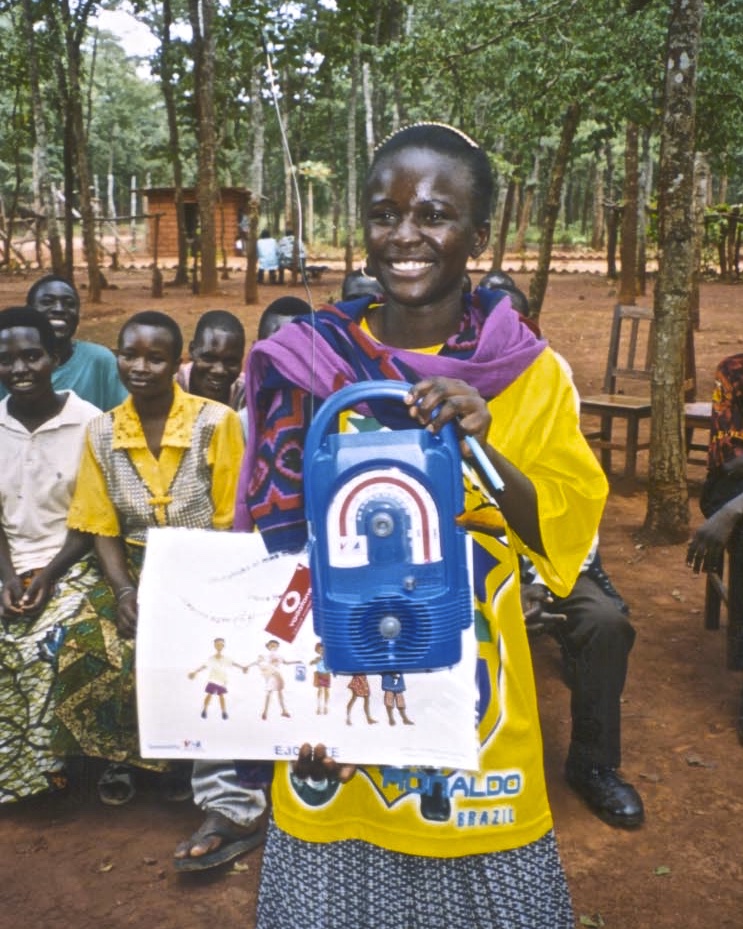 In the Nduta refugee camp in April 2003, 14-year-old Devotte Hafashimana became the world’s first recipient of a Lifeline radio.  In a distribution facilitated by Lifeline Energy (we were known as Freeplay Foundation at the time), she was one of 100 youth to receive a Lifeline radio in Nduta.   Devotte was a leader of one of the youth groups formed to help young people deal with their circumstances and traumas.  The radios enabled youth leaders to access the Voice of America programme called Ejo Bite?, which means How about the future? in Kirundi.

Young Burundians were trained as journalists, writers and producers of Ejo Bite?, which was broadcast on the camp’s community radio station and could even be heard across the border in Burundi.  The programme, broadcast in their language, Kirundi, reflected their lives, their concerns and their interests and with a special focus on HIV/AIDS and other health issues.

For children who had to leave their country, their schools and everything behind them, radio provided valuable information to help them cope. Ejo Bite? facilitated youth discussions around issues such as peace and reconciliation, violence against youth, the importance of open communication and AIDS prevention and care.  From this, some youth also formed theatre groups to act out HIV/AIDS situations.

UNHCR was our main implementing partner for the distribution of 500 of the very first Lifeline radios ever manufactured.  Youth leaders in Nduta and two other camps also received radios. The Bureau of Population, Refugees, and Migration of the US Department of State funded the VOA Central Africa project. In 2004, VOA provided funding for an additional 1,820 radios which were distributed in additional camps in 2005.