1 of 84 million: Sifa’s life of despair and displacement, resilience, courage and hope

With seemingly endless level tragedy and displacement in the world now, it would be easy to feel overwhelmed or even submerged. Recently, while at the mainly Congolese Rwamwanja Refugee Settlement in Western Uganda, I met an extraordinary woman whose story has stayed with me ever since, Sifa.

On a neighbour’s TV, mother of five, Sifa, watched images of women and children fleeing the Russian invasion of Ukraine, a place she had never heard of. Traumatic memories of her own experience barely escaping from men wielding machetes and guns came flooding back. She could watch no more. Through an interpreter, she told me her story. 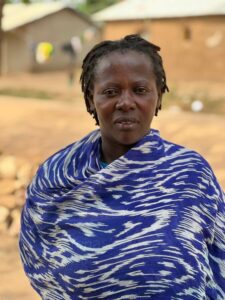 Not only a survivor of the 1994 Rwandan genocide, Sifa, her husband Musa, and their children spent more than two decades shifting from place to place as a “nomadic refugee” (my term, not hers), inside Rwandan camps for Tutsis refugees, in eastern Congo and in Uganda. Her adult life has been laced with terror, sorrow, agony, chronic poverty and insecurity. Finally, they settled into relative peace in Rwamwanja Refugee Settlement in western Uganda, where I met her.

Sifa, a Congolese Tutsi, had a near idyllic childhood growing up on Idwji on Lake Kivu, Africa’s second largest island (after Madagascar) and the size of Malta. Hutu and Tutsi lived peacefully and often intermarried. Part of Congo’s South Kivu province, I could easily see Idwji from the Rwandan shore when I visited Lake Kivu last year as shown in this photo below. That’s the border fence in the water. 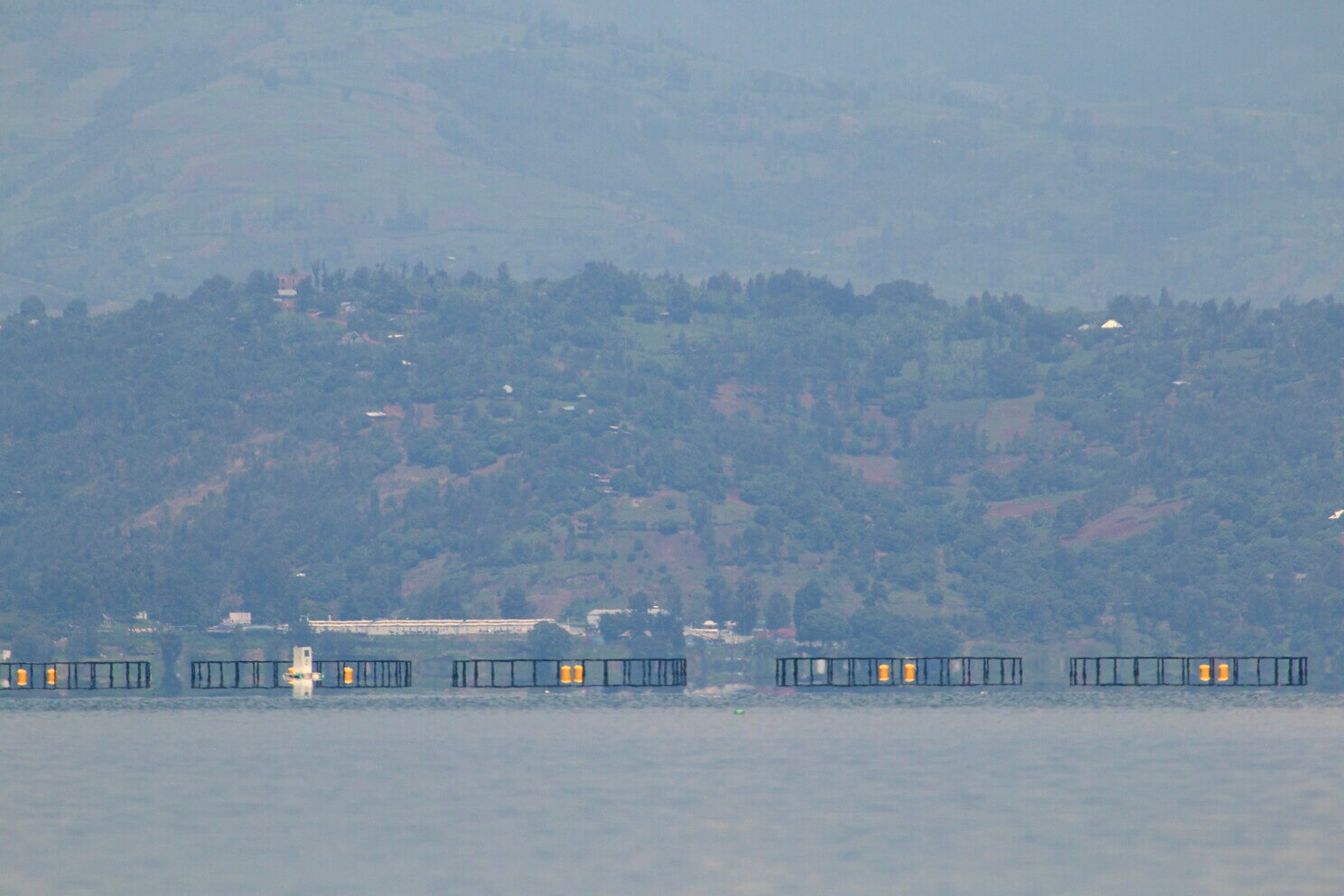 Her parents, like nearly everyone, lived off the land or the lake. Sifa’s ancestors settled on Idjwi before it was a German colony when pre-colonial Rwanda was far larger than its present-day size. After WW1 Rwanda came under Belgian rule until independence in 1963 and Idjwi and other previously-Rwandan border territories were now located in Congo. Hundreds of thousands of Tutsi became Congolese thanks to Europeans no clue, and no care for ethnic sensibilities.

Rwanda is a part of the world that I know fairly well in that I visited dozens of times in the late 90s and 2000s. Lifeline Energy, the organisation that I head, was involved with several large radio communications initiatives to to provide radio information access to child-headed households, widows, the disabled and the destitute. However, as well as I thought I understood the Tutsi-Hutu conflict, I had no knowledge about the Congolese Tutsi and their years of added burden and ongoing displacement.

Her journey as a refugee begins

When the genocide erupted in Rwanda, armed Hutu-led Interahamwe attacked Tutsi living on the island. Sifa, 17, and her family escaped by dugout canoe at night, eventually landing in Cyangugu (now Kamembe) in Rwanda.

In Cyangugu, the family hid in the forest and begged for food until the war ended nearly three months later. The Rwandan Patriotic Front (RPF) set up a displaced person’s camp where Sifa, her parents and siblings, having lost everything, stayed for a couple of years. Tens of thousands of Hutus had moved onto Idwiji, seeking safety from the RPF.

When the military closed that camp, they were transferred to Mudende, another RPF-run camp in Gisenyi that housed 17,000 Tutsi. By now Sifa was married to Musa, a Tutsi from Masisi in Congo’s North Kivu Province. Although Sifa had hoped to finish her education, she realised that she needed a husband who would be able to protect her.

The 1997 Mudende massacre made international headlines. The RFP camp commander was working secretly for the militia and allowed the Interahamwe to attack at night. People fled to a church for protection. It became so packed that Sifa’s baby was crushed to death. According to Human Rights Watch, hundreds were killed or wounded. The camp commander escaped but was arrested and was never heard of again.

The army told them they needed to leave the country as the camp was closing. Again, traumatised and homeless, a pregnant Sifa, Musa, who by now also had another newborn, relocated to his family town of Masisi in the in now conflict-riddled North Kivu Province. Not long after, a rebel group attacked. By now there were scores of militia groups operating in the area, which is rich in coltan and other valuable minerals used in cellphones and other electronics.

Moving on to Uganda

Again, they narrowly escaped. Now with three children, they walked to Uganda – a journey of a few weeks – and sleeping rough. To survive they became what Sifa referred to as “slaves” to Ugandans in exchange for a place to sleep and for food. She felt humiliated and stripped of her dignity as if she didn’t matter. Musa and Sifa worked as indentured workers for several years.
No alt text provided for this image 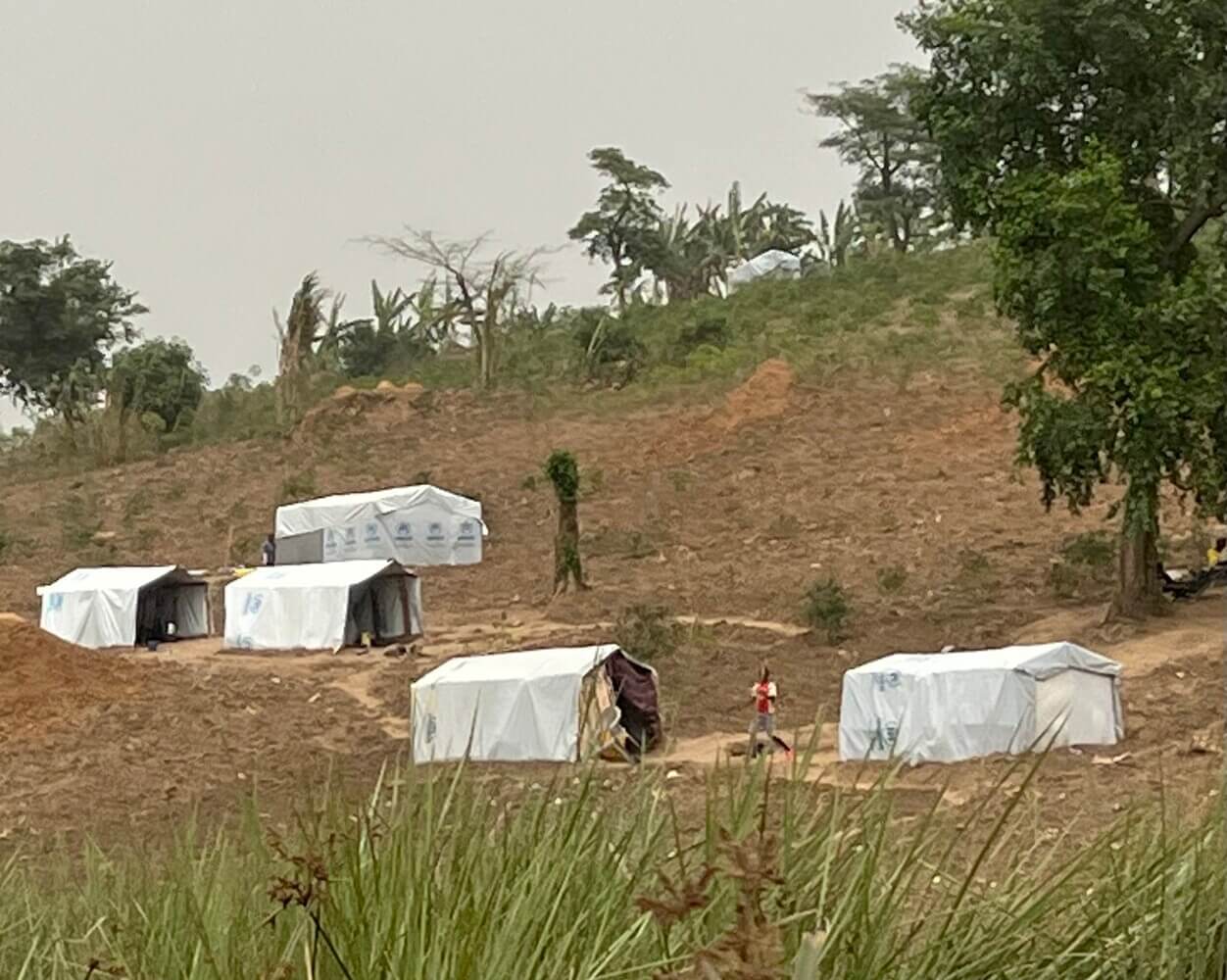 Rwamwanja Refugee Settlement
In 2015 her family arrived at the new Rwamwanja Refugee Settlement on the edge of a lush rainforest in western Uganda. After living in a plastic tent for new arrivals, over the next year they built a simple mud brick house with an aluminium roof. At Rwamwanja, they were also officially declared refugees by the UNHCR after 20 years of displacement. (New arrivals from Congo above) When I asked Sifa how she felt about people in Ukraine getting so much attention on the news and so much money raised for them, she replied, “Women and children need help and support no matter where they come from.” She felt they must be supported as much as possible. I listened to Sifa relive vivid and painful memories in a matter of fact, soft and measured tone. It struck me: Here was a woman, who, for more than two decades lived in daily fear, hopelessness and insecurity, four times fled for her life and was dependent on the military or aid workers for food and shelter and yet showed no bitterness. Her lack of need for revenge reminded me of South African President Nelson Mandela when he came out of prison. What gave her this incredible capacity? Her interpreter explained that is was her Christian faith and how belief plays a role in trauma rehabilitation.

I offered her a small amount of Ugandan shillings in appreciation for 90 minutes of her time. She then looked me in the eye and said that “today was a good and wonderful day”. Sifa told me that she had never told her story before and that it had unburdened her and that she felt more at peace. It was also a good day because she could buy her children some nice food. Feeling profoundly humbled, I held back tears, smiled and clasped her hands in connection.

It’s easy to feel overwhelmed with “compassion fatigue” when UNHCR estimates that 84 million people are displaced. We are bombarded with graphic images of unimaginable sorrow and loss, death and destruction and we feel powerless to help.

More than half of the 84 million are internally displaced persons (IDPs). There are five million Congolese IDPS alone and a further million are refugees and asylum seekers in other African countries.

I was in Rwamwanja in March 2022 to work with local organisations under the guidance of the local NGO, Refugee Innovation Center and member of Catalyst 2030, Olivier Nkunzurwanda, to support their efforts with power-independent radios for the disabled and MP3 players for pre-schools.