Africa Unplugged: Energy Costs Price Many Africans Out of ICTs 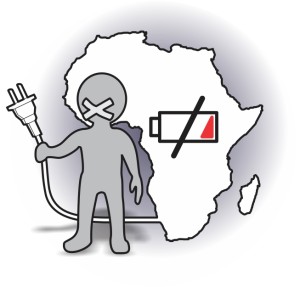 Before the advent of the modern communication, humankind was limited to either word of mouth or protracted written communication sent over land or sea. It’s almost impossible to imagine in a digital age that it could ever have taken so long to send information to each other. Facebook, Twitter, Skype, email, voice, video, IM, television and radio – all integrated into our mobile phones make our worlds smaller by allowing us unprecedented and immediate access to communication and information.

Africa has experienced unprecedented growth in information and communication technologies (ICTs). In Africa, as in the developed world, communication and information are crucial components in service delivery. Although the contexts and applications are often quite different, the delivery of education, healthcare and food security, to name a few, must have reliable access to information.

The missing link for many in the ICT sector, however, is that information access relies exclusively on access to electricity.

It might appear that we have the tools available to allow Africa to leapfrog straight into the digital age. In many respects this is true, but still an estimated 70% of approximately 875 million people in sub-Saharan Africa lack reliable access to electricity. Research suggests that while in urban Africa phone penetration is at 100%, only 30% of rural dwellers have phones – and most keep them switched off to conserve battery power. The GSMA (the global umbrella body for the GSM industry) estimates that some $1.3Bn is lost annually in potential call revenues due to power access alone. Much is being done to mitigate this through enterprise models using solar panels and other renewable sources – but access costs (not including the cost of data and voice) remain a significant barrier to growth.

In South Africa – where energy access is highest in the region – the cost to recharge a mobile phone from a charging kiosk averages US$.50 cents. Ignoring the practical and security issues of leaving your phone on charge for an hour or two, let’s focus on the energy cost. Fifty cents makes no difference to you or me, but relative to the earning power (average income per day in sub-Saharan Africa is US$2.60) this accounts for almost 25% of income just to charge your phone. This needs to be prioritised over food, fuel for cooking and lighting, clothing and all other living expenses. To put it in another perspective, in the UK where the average daily income is roughly $113, it would be equivalent to spending $28 a day to charge your phone.

More glaring, however, is the poverty paradox highlighted in the cost of energy. Assuming an average phone battery capacity is 4.5Wh, a recharge at US$0.50 translates to a cost of US$111.00 per kWh. At this price the cost of powering a single, small 12W compact fluorescent lamp in your home for four hours per night would be a crippling US$5.33 per day, or US$162.00 per month.

Just by looking at these stats, it’s evident that much still needs to be done to create the appropriate energy environment in the developing world to unlock the massive potential that lies dormant. Until then, the revolutionary and life-changing ICTs that we take for granted in developed countries are as effective in Africa as a car without gasoline.