Energy – The Oxygen of Africa’s Growth and Development 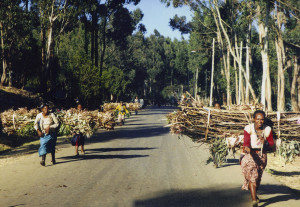 Historically people associate the sound of Africa as the roar of the lion; but in reality, it’s been the roar of the diesel generator. Herds of these archaic beasts are on the prowl. Their habitat includes cities, towns, factories, mines, businesses and big farms – anywhere where power is required and isn’t available or reliable.

When I started in the development arena and specifically in the renewable energy space nearly 15 years ago, energy issues simply didn’t feature. Conservationists and environmentalists alerted us to the dangers of deforestation and climate change and to the importance of preservation of African habitats. Electricity grids only served largely urban areas and commercial enterprises while modern energy options (outside of South African townships) were unavailable to the poor. There were few alternatives to firewood, charcoal, kerosene or candles – what I call the four fuels of poverty.

Energy poverty, or energy injustice, at that time was simply known as life. Everyday challenges largely went unnoticed from women walking long distances to collect firewood, inhaling wood smoke from cooking or kerosene fumes from roughhewn tin lamps. Respiratory illnesses, children ingesting kerosene believing it to be clean water, and burns and deaths from fires weren’t on health radar screens in any scale. Productivity went down when the sun did. Few development organizations factored energy poverty into ensuring the efficacy of their programs.

It didn’t take me much time to realize that as long as the poor were dependent on non-renewable energy sources, they couldn’t raise themselves out of poverty. When you’re spending between 10-40% of meager incomes on inefficient and harmful fuels you just can’t get ahead.

This is changing fast.

A long overdue global consensus is emerging. Led mainly by the UN, who by declaring 2012 the Year of Sustainable Energy for All, aimed at ensuring universal access by 2030, recognizes the importance of sustainable energy access for all the world’s people, for the global economy, as well as for the preservation of our planet. This initiative is helping to kick-start innovation at all levels of energy service and delivery right across Africa.

Over the years I’ve witnessed an expanded energy agenda at the World Economic Forum (WEF), too. Traditionally the WEF discussed energy issues in the context of global risks, oil shocks, the need for regional collaboration, improving grid infrastructure and supply efficiency, policy and regulatory frameworks, developing financial instruments, and deregulation, but not as an enabler of development. Access to modern energy sources is critical to lifting people out of poverty and fuelling growth, however, that connection hasn’t always been understood.

Take South Africa and Nigeria – Africa’s two economic powerhouses. Nigeria has more than three times the population, but South Africa generates 40 times more power. With electricity reaching 53% of Africa’s population in urban areas and only 8% in rural, many more models are needed that are affordable and appropriate. A solar light, a cell phone charger, and an improved cookstove are a good start, but aren’t nearly enough. Grid electricity as is still too expensive to reach far-flung communities and, unless subsidized, remains unaffordable for the poor. 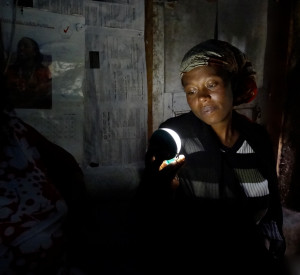 I attended my first WEF on Africa in Durban in 2003 and have participated in every Africa forum since, including last week’s meeting in Cape Town, titled Delivering on Africa’s Promise. This year energy discussions extended further to include the ‘last mile’ consumer and the understanding that energy is the oxygen of both economic growth and sustainable development. Nothing else can so swiftly raise living standards and improve health.

It was reported recently that South Africa is now the world’s fastest growing renewable energy market. With its energy needs far outstripping supply from its largely coal-based power grid, additional sources of generation are urgently needed. As this trend moves across the continent, the chugging of the diesel generator will morph into the silence of the solar panel bringing unprecedented growth and development enabling our African lions to challenge the Asian tigers.