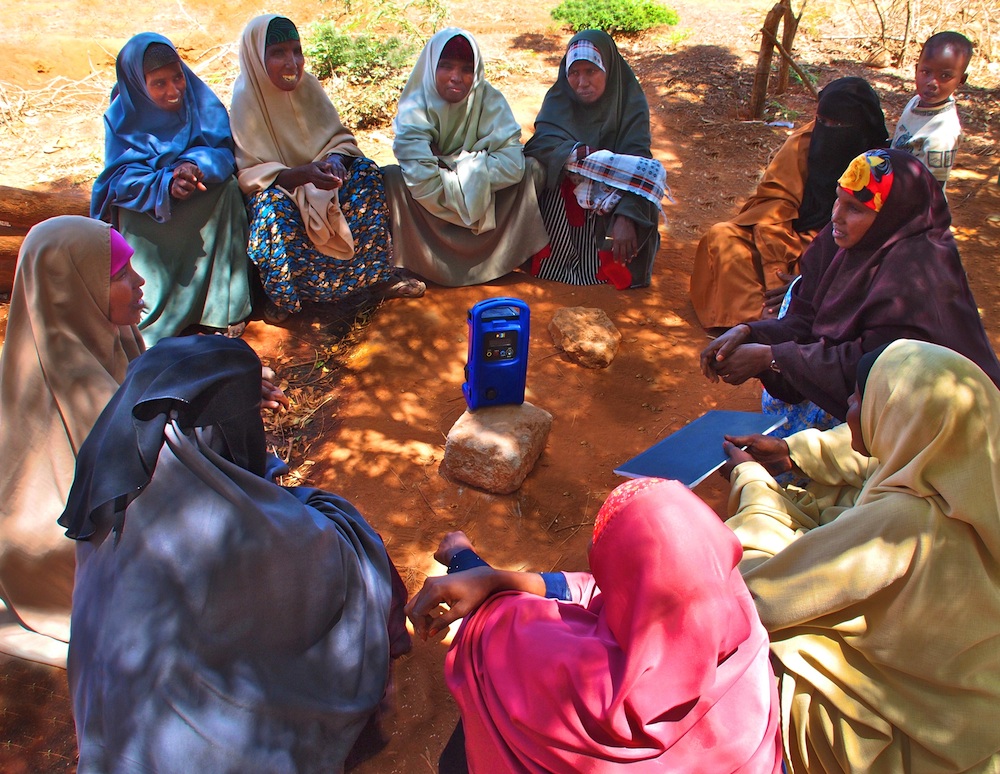 Our Prime radios are helping to inform and educate women and children in Kenya’s Dadaab refugee camps, the world’s largest. 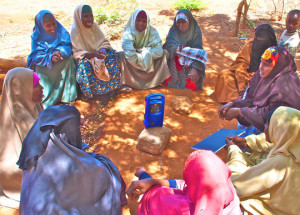 Crisis-affected populations require food, water, shelter and medicine. They also have specific needs for information –  information that is trusted and helps them make better choices and decisions while providing psycho-social support.  Radio remains the most powerful mass communication for refugees and is especially important for women.

You can help Somali women in Kenya’s Dadaab refugee camps gain access to reliable information and know-how. Few women are literate and depend on radio for information, yet only a fraction of women in camps have radio access.  With our Prime radios women listen to the Dadaab community radio station, the BBC’s Somali service and the local Star FM to learn the latest  from Somalia, health issues, nutrition, child care,  violence against women, food distributions, and other relevant topics. Even radio-based primary education lessons in the Somali language will help keep the children learning. For just $50, hundreds of vulnerable Somali women and children will benefit.

How our radios are helping

Lifeline Energy has  worked in Dadaab since 2007 distributing solar-powered radios and more recently solar lights to women and girls.  Working in collaboration with UNHCR and NGOs on the ground, our radios have reached more than 15,000 women and indirectly an estimated 40,000 people have benefitted. But that’s less than 10% of the population of the camps. Many more are needed.

Recently, a UNHCR representative told us that the radios “go a long way in enhancing and strengthening the access of information to the refugee community especially women and girls who are at the grass roots level and are over-burdened with house chores. It has also helped school children with their educational programmes that are airs on a regular basis,” she added.

Lifeline Energy was invited to Dadaab after the UNHCR conducted a survey revealed that only one in 500 women had radio access.

In addition, we’re raising funds to deliver safe and clean LED lights to provide a greater degree of safety and security forwomen and children. Light after dark also helps see snakes, scorpions, and other threats.  Priority is given to women and child-headed families. We will be distributing our own phone-charging Solarstor with an LED light and as well as Nokero solar lights. 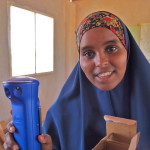 Farhia, a 17-year-old Somali who has spent her entire life in Dadaab, received one of our lights. She told us that for the first time she would be able to study at night or even in the early morning before the sun rises. Previously, she had no source of light at all. Describing the light as a “weapon” for graduating from secondary school and learning English, Farhia said the light is her way out of Dadaab.

After dark there are limited lighting options for refugees, let alone for girls to study. Kerosene costs two to three times more in the camps than the rest of Kenya, making it unaffordable for most families. Poor quality batteries for flashlights are also expensive and tend to be the preserve of men since security is their responsibility. Candles are not readily available and melt quickly in the searing heat.