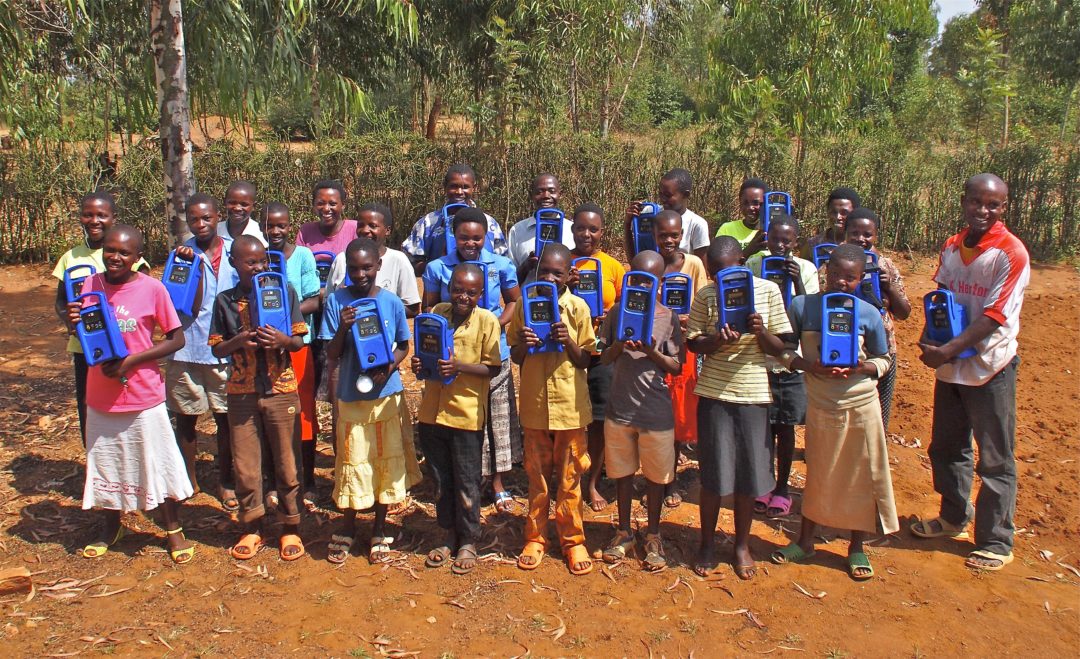 As Rwanda struggled to come to terms with the post-genocide period, the social and family structures that used to support the child no longer existed.  HIV/AIDS spread rapidly through the country, leaving even more children without parents. After the genocide there were 101,000 households headed by a child under 18 – 75% were headed by girls.  Many child families had five or more children and heads of household were as young as 12. These children had limited access to health care or education, and were often exploited, not only by their own community but even by relatives.

We were approached by charities working with these children to provide wind-up radios so that children could share radios and listen together.  Most of these households were in rural areas making radio the ideal medium.  Desperately poor, these children had no money to buy radios or the batteries to power them. Our radios would ensure access to the fast growing selection of radio soap dramas and practical programmes that dealt with heath, childcare, women’s issues, peace and reconciliation and farming.  Children also wanted to listen to news and to be informed of government developments and what was going on in Congo and other neighbouring countries.

Children told us that they would listen all night long – that our radios made them feel safe at night and helped ease their isolation.  They said that the voices they trusted most were the ones on the radio. Early on they listened to the BBC and Voice of America, but over the years with the growth of community radio, they tune into local stations.

Over the years, we’ve provided more than 13,000 radios to child-headed families.  Up to 20 children listen to one radio and they often invite adults to listen. We call this ongoing initiative Project Muraho, which means ‘hello’ in the local language, Kinyarwanda.  Over the years we’ve worked in Rwanda with CARE International, Fair Children Youth Foundation, Trust and Care, Association François-Xavier Bagnoud, Refugee Trust and UNICEF.

We continue to provide our Prime radios to child families.  Please consider helping us to do so and donate a Prime to a child-headed household today.