Studying at Night When You’re Poor in Lusaka

By Kathleen Buchholz in Lusaka 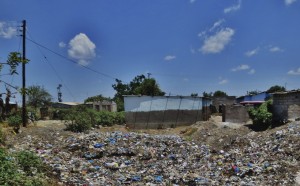 Students in Misisi Compound, just a 10 minute drive from Lusaka’s city center, had a hard time answering the question, ” when do you study?” I asked grade 6 and 7 students (aged 13 to 17) about their study habits to find out what kind of lighting they used if they studied at night.

Most students live in one or two room cement brick houses. All study at home. A few have electricity, but the majority of homes do not. But even being hooked up to the grid might simply mean a light bulb, a two-burner hotplate and a broken radio, and the hours of the day they actually have power vary widely. Some answered that because of load-shedding (intentionally shutting off the power by the power company). Others admitted to only having power for three days a week, for a few hours a day. This can cost a family anywhere from 50 to 350 kwacha a month, or roughly $10 to $70. The discrepancies in the numbers seemed random to me until Sharon Phiri, a teacher at Mount Sinai Community School, explained that on a given night your power might be cut, but your next door neighbor’s is working.

I first asked students when they studied and invariably received the answer ‘everyday’. The real question though is not when you study but how. Students admitted wishing they could spend two hours a night looking over their papers, but are often without quality lighting to do so. Later, while talking about the cost of electricity with their parents or guardians I began to understand the layered complexities of access to electricity.

ZESCO (Zambia Electricty Supply Corporation Ltd) is the country’s sole electricity supplier. However, power doesn’t always reach informal settlements. While the ZESCO website produces shutdown notices and load-shedding timetables, they are not up to date and do not include Misisi. The most recent load-shedding timetable is from July. As Godfrey Mannchishi, teacher and head of Mount Sinai puts it, “ZESCO is working as a monopoly, it has no competition and they have pride and arrogance.” Residents are quite literally left in the dark trying to predict and prepare for ongoing power cuts.

The power outages are not limited only to Misisi, but the effects there are particularly harsh. With constant cuts, residents must buy candles every day – a strain on budgets that are already stretched by lack of employment and the costs of rent, food, school fees and electricity. Esnelly Phiri, the mother of one student explained that with the cost of candles it’s often a choice between using it to see to cook with charcoal or having her daughter study with it.

The situation is made worse by landlords splittng the power lines between houses; renters have little control over their supply of power. If a neighbor uses too much the electricity for the month the supply could end half after two weeks. While sitting with some parents and estimating the cost of energy per month the volatility of the system became evident. Owning a hot plate and a light bulb doesn’t mean that you won’t need to buy charcoal and candles every day to cook and see.