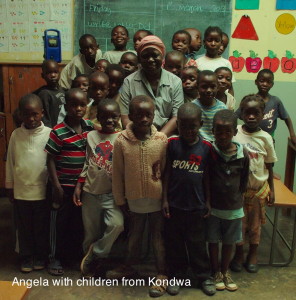 If you remove the second ‘a’ from Angela, it becomes the word angel.  And an angel is what Angela Malik is to hundreds of at-risk and orphaned children in Lusaka’s high density Ng’ombe compound.

Last year the Ministry of Education introduced me to Angela when we were identifying possible community centres in Lusaka that could benefit from our Lifeplayer MP3.  I was immediately taken with Angela’s humility and the positive atmosphere of Kondwa Centre, a pre-school. Since then each time I’ve been in Lusaka, I’ve visited Angela in Ng’ombe (which means ‘cow’ in a local language and in Swahili) and each time I see how this gentle and unassuming woman has transformed and even saved the lives of countless children in her community.

Angela’s personal story helps to explain her devotion to these children – she was orphaned herself at the age of six.  She moved in with a grandmother and then an aunt who both passed away.  Angela completed her primary education at a rural Catholic mission boarding school and then went on to attend two years of university.   She married, had four children of her own, and then tragically her husband was killed in an automobile accident.

In 1997 Angela and four others founded a home-based care initiative in Ng’ombe for terminally ill AIDS patients. Soon she witnessed children were being orphaned at an alarming rate and had no one to feed or look after them. Her husband had left her land in Ng’ombe, which she ultimately turned into the Kondwa Day Care Centre.  A government survey revealed that there were 500 orphans in Ng’ombe, but she could only take in the 30 most in need. The centre opened in 2000 and today there are 90 children aged between 3 and 8 who attend pre-school classes, take part in recreation and art, and are fed breakfast and lunch.  There’s also psychosocial support for those who are grief-stricken or abused. 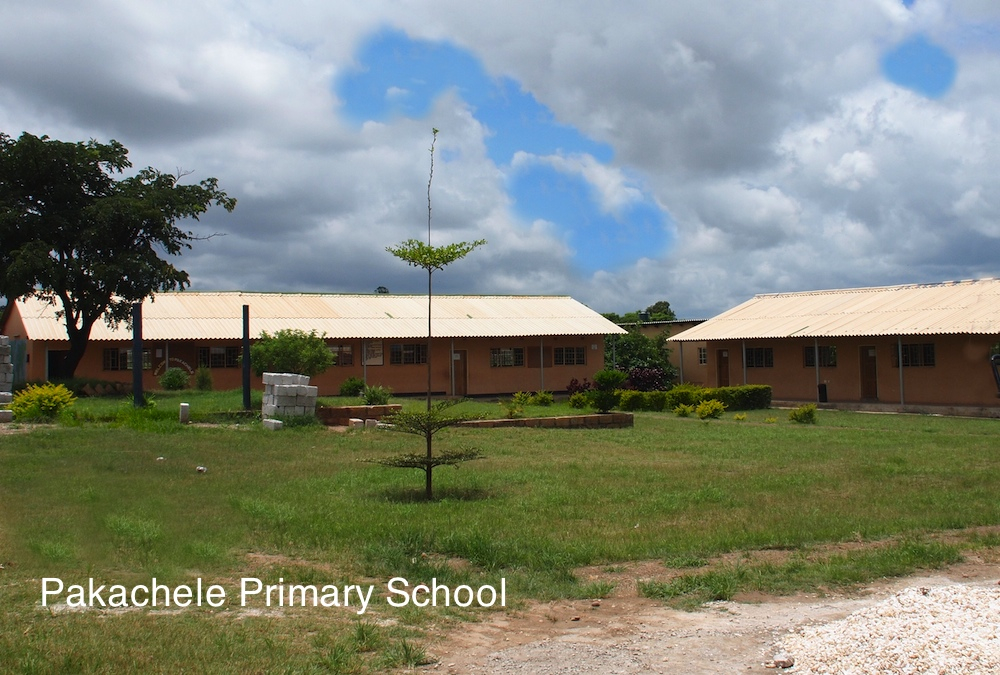 The next challenge Angela faced was how to support the children once they entered primary school.  It was too difficult to find places at government schools, in addition to the cost of  fees and uniforms.  Angela actively raised funds and built an impressive primary school called Pakachele on land that she bought  – which already has 260 children in Grades 1- 7. All schools have mottos in Zambia and Pakachele’s is: Be a light in the dark. A hope for a better future.

In response to orphaned and traumatized girl children with nowhere else to go, Angela founded Seko, a house for ten girls who attend primary and secondary school.  There’s a strict and loving housemother who lives there, cooks, and makes sure that the girls get to school and do their homework, despite the fact she’s illiterate.  I spent time one afternoon speaking to these girls and it was unmistakeable how much they adore Angela. 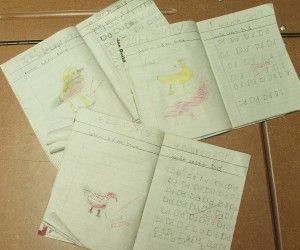 When I was with Angela last week, a woman who runs another orphanage asked her to take Sarah, a 15-year-old-girl who was born HIV positive, to the eye doctor.  Sarah is blind in one eye and is losing sight in the other. Someone had knocked out her artificial eye and Angela, who owns a small truck, agreed to take her that day to be measured for a new eye. “All in day’s work,” she said with a smile.  “I can’t turn anyone in need away; I’ll always try to help.”

Although she may not have wings, this was just another in a long series of stories as to why Angela Malik should be known as the Angel of Ng’ombe.

If you’re interested in helping Angela with support for Kondwa Day Care Centre, Pakachele Primary School or Seko Girl’s Home, she can be contacted directly on kondwa12@yahoo.com.