In recognition of #WorldRefugeeDay2020, I wanted to share some of my experiences and observations working with people displaced by natural disasters or conflict.  These are people with extraordinary resilience, courage and determination who face challenges that neither you nor I can begin to imagine. Over the years, it has been an incredible learning experience to work with people forced flee their homes, not knowing if they’ll ever return.

Although Rwanda was feverishly rebuilding nine years on from the genocide, Burundi’s civil conflict continued for almost 10 years, formally ending only in 2006. In 2003, 500,000 refugees lived in 12 camps in western Tanzania. Sixty-five percent 65% were under the age of 25. 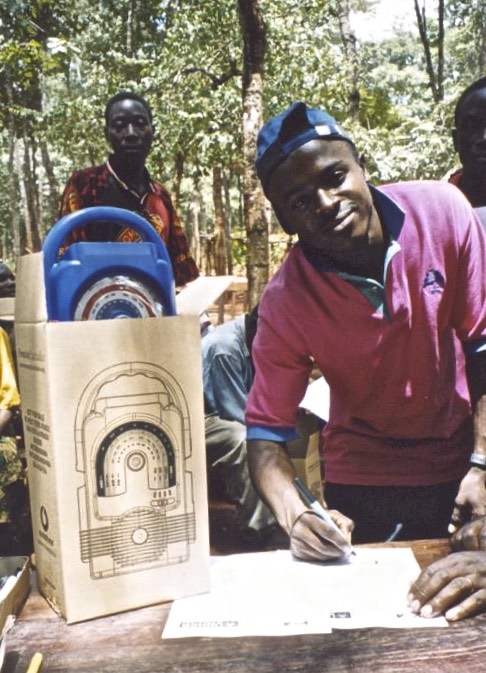 A colleague and I had travelled there to distribute 500 of our new solar and wind-up Lifeline radios to Burundian youth leaders with the support of UNHCR. It was the first batch of these radios ever produced.  The radios would be used to support youth listener groups and a radio programme, called Ejo Bite?, or How about the Future?  Produced by teenagers in the local language, Kirundi, it reflected their lives, concerns and interests, with a special focus on HIV/AIDS.

I was struck by how thirsty these young people were for information –  about everything.  They wanted news of home and of the rest of the world. None of them owned radios, nor could their families afford the ongoing cost of batteries. Many were orphaned and also heads of their household.

When I returned the next year, I was impressed at how many had demonstrated leadership in addressing HIV/AIDS and the rape and abuse of women. After listening to the  programmes, they created skits and plays about HIV/AIDS, which at the time was a taboo subject. Given the positive feedback and impact, the project then saw a further 1,800 radios distributed to youth leaders in the other camps.

From 2008 and 2012, I spent time in the four Dadaab refugee camps in eastern Kenya near the Somali frontier.  As Burundians were returning home, Dadaab was now the world’s largest refugee camp complex with 500,000 mainly Somalis. Compared with Tanzania’s tropical climate, Dadaab was bone dry and dusty.

Most of the young people I met were born in the camps and had never seen anywhere other than these 23 square miles of desert scrub. As Somali piracy was at its peak in the Indian Ocean, I had a better chance of winning the lottery than they did of being resettled.

This time in addition to youth groups, we undertook a series of radio distributions to support women’s listener groups. Again, I was profoundly moved by their deep desire to learn and to better themselves as they had never had the chance to go to school.  The issue above all else they wanted to learn about was how to deal with domestic violence.  Nearly all the women we met said this was a serious issue for them.

We also were helped by a local Somali radio station, Star FM, which organised women’s listener groups with some of the radios in the nearby host communities. Recently I learned from a Somali journalist that some of these listener groups are still going and that many of the women now have thriving businesses. 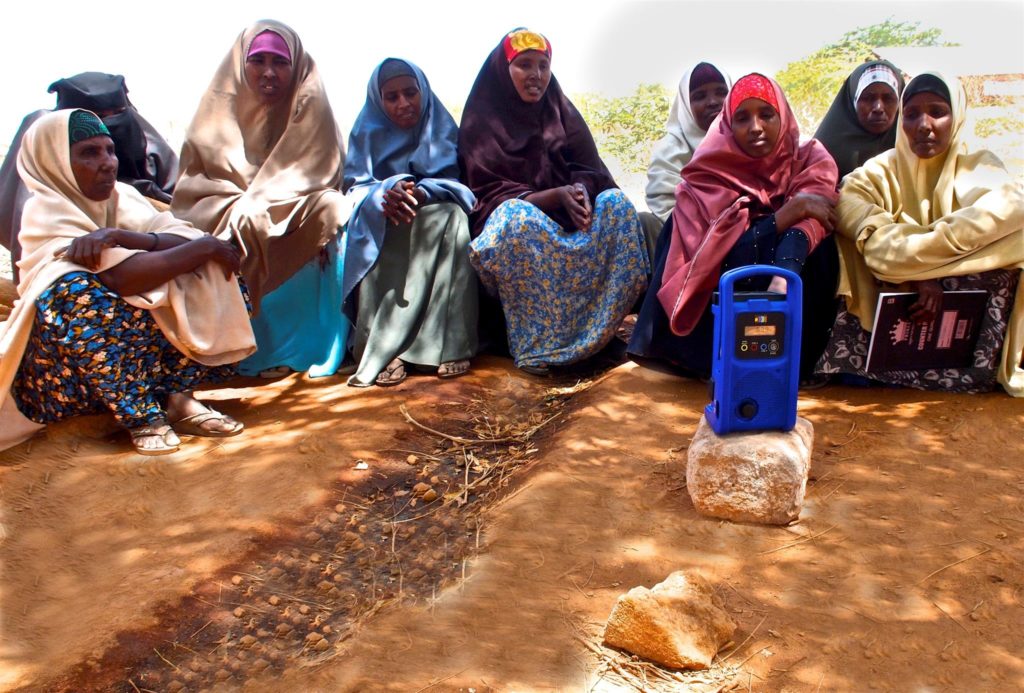 Kakuma is increasingly known for its entrepreneurial efforts.  It’s become a more or less a model of how refugee efforts have shifted from dependency to private sector development.  It was the site of the world’s first TEDx conference in 2018.

However, it also has the largest classroom populations I’ve ever seen.  Schools are in two or three shifts a day, class sizes swell up to 200 learners and there’s an acute shortage of trained teachers. Although students sit for the Kenyan national exams, only one in ten teachers is formally trained.

Lifeline Energy donated Lifeplayer MP3 units to support over-crowded pre-school and primary classrooms. In collaboration with our South African pre-school partner, Wriggle and Rhyme, we offered English language songs and rhymes. The Kenyan Ministry of Education already has its grades 1 to 7 curriculum on radio. With our Lifeplayer units, students (and teachers) can listen when convenient.

In all the camps I’ve visited, I’ve witnessed first-hand how starved people were for information and how imperative getting an education was to them – girls and boys alike. For children living is refugees, their lives and security have been shattered. Often violently separated from their homes, friends and even families, education provides a way to help to rebuild a refugee child’s life through normalising social interaction and gaining knowledge and skills.  Our technology can help.