“I am truly happy to have this Lifeplayer to help me teach. While one class is listening to their lessons, I can be with learners in another class,” a teacher at a multi-grade farm school in South Africa’s Mpumalanga province said to me. A multi-grade school teaches children of different grade levels at the same time in the same place. 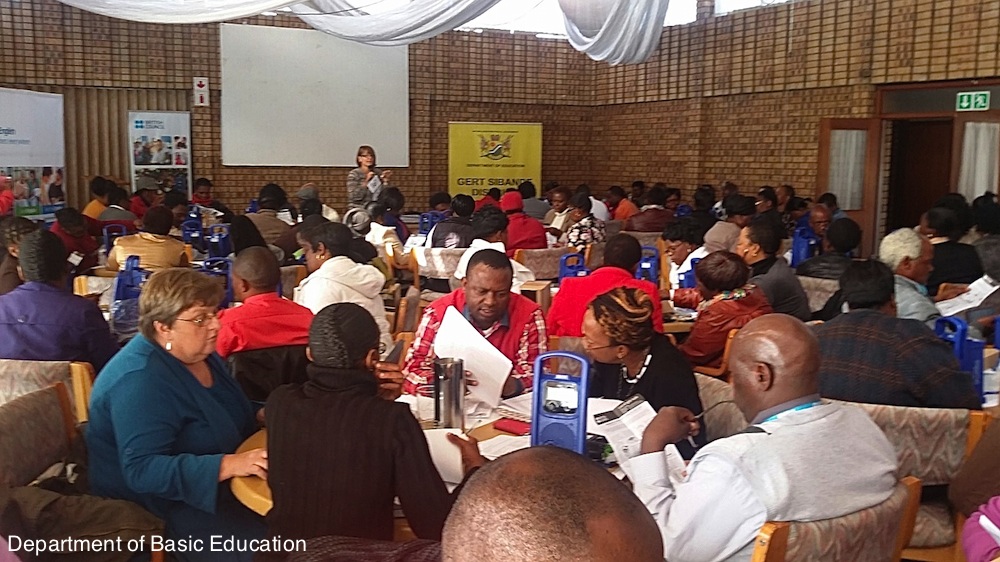 More than 5,800 or roughly 30 percent of primary schools in South Africa are multi-grade. Most are located in rural areas and affect well over three million learners. According to the Commonwealth Education Partnership, 80 percent of learners entering primary school will not graduate from high school. Further, the teaching challenges are immense. Many schools lack electricity, have large class sizes and teachers are poorly trained, with less than three years of training.

South Africa’s Department of Basic Education (DBE) assessments have found that the majority of South African students are struggling with listening, reading and writing skills. To support multi-grade schools, the DBE in partnership with the British Council, introduced a programme called Learn English Audio Project (LEAP). LEAP is being piloted in three of the country’s provinces with the greatest number of multi-grade schools – Eastern Cape, Kwa-Zulu Natal and Mpumalanga. And hundreds of teachers have already been trained.

I attended a two-day training workshop co-sponsored by the DBE and the British Council in Ermelo, an industrial and farming town with a population 80,000. A three-hour drive east of Johannesburg, this is coal country which contains some of the richest coal reserves in the world. I passed five coal-fired power plants along the way, large coal dumps and coal trains solely for the purpose of transporting it from mines to power plants and for export. This part of the country still considered the Highveld, or inland plateau. With similar climate to Johannesburg and being more than a mile high, it was tinder dry; sunny in the daytime and cold at night. Winters can be fierce with nighttime temperatures regularly dipping below freezing.

Roughly 70 percent of the local population speak Zulu as their home language, followed by Afrikaans and with English and Swazi making up the balance. The 100 or more teachers came for a two-day workshop following training sessions for teachers in the Eastern Cape and Kwa-Zulu Natal. It was a treat for me to observe a training session for a change instead of running one and loved their enthusiasm. The training started with the national anthem Nkosi Sikileli Africa and was followed by introductions and short speeches by senior officials from the DBE who had come in from Pretoria and the British Council.

The DBE created curriculum content for Grades R (kindergarten) to Grade 4, which was loaded onto the Lifeplayer. Colourful student and teacher workbooks were also created to support the interactive content. It is envisaged that teachers will use the Lifeplayer to play the content to a selected grade while s/he is busy with another grade in the same class. “It is through this device that the teachers in multi-grade classes can cope with the workload in their typical environment,” said the DBE.

LEAP is part of a multi-country project undertaken by the British Council which is using our Lifeplayers in Rwanda, Senegal, Sudan, South Sudan, Nigeria, Mozambique, Tanzania and Ethiopia. It is estimated that hundreds of thousands of pupils are learning English in primary and secondary schools through LEAP and the Lifeplayer.