The Indignities of Illiteracy 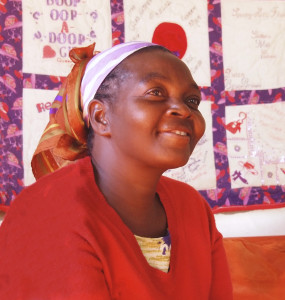 Nelson Mandela so powerfully said, “there is no dignity in poverty.” Neither is there dignity in being illiterate. Many times I’ve heard people speak of their feelings of humiliation because they have to ask someone to read a label, a signpost or directions for taking medicine. They may not even be able to read money. When confronted with a situation where they need to read, their self-esteem and confidence plummet.  They feel vulnerable and worry that people will take advantage of them. And it’s worse for adults than for children.

I’ve never met anyone who didn’t want to read and write. In rural areas of countries like Zambia, illiteracy among women can run as high as 70%. Yesterday I spoke (through an interpreter) at length with one such illiteracy statistic. She is tall, youthful for her 49 years, gracious and graceful, and is fittingly named Grace.

A widow for several years now, Grace, is the housemother and domestic to a dozen orphaned girls in an all-girl’s home in Lusaka’s Ng’ombe compound. Compound is the Zambian term for township or peri-urban settlement. She grew up in Kamanga, at the time it was a considered a rural shantytown, which is now part of ever-sprawling Lusaka. Grace’s mother stayed at home raising her ten children. Her father laboured as a ‘garden boy’ in white peoples’ homes. Garden boy is a belittling, colonial expression for a gardener, which is unfortunately commonly still heard today.

Unable to provide for her, Grace’s father arranged a marriage at age 14 after she had completed just three years of school. By 15 she had birthed the first of her eight children. Her mother wasn’t educated, none of her siblings went further than primary school, nor did any of Grace’s own children finish beyond Grade 8. Numerous studies have demonstrated an irrefutable correlation between uneducated mothers, higher birthrates and the lack of educational attainment of their children. Grace’s own family bears witness to this.

Grace said that education wasn’t affordable for the poor, once school fees, books, uniforms and shoes were paid. She added that it was unusual for girls to be educated back then and early marriages were commonplace. Today there is a much greater emphasis on educating girls. Primary school classrooms that I visit have equal numbers of girls and boys.

When I asked her what having an education would have meant to her, she replied that she feels deeply disappointed with herself, even ashamed that she could never help her own children with their homework. She still feels embarrassed that she’s unable to assist her grandchildren or any of the girls in her care with the simplest of school work. Everyday tasks like sending and receiving a text message, reading street signs and instructions are largely beyond her. She relies on her memory once she’s learned something.

We tend to think of learning only for children, but actually, it is a lifelong endeavour. To the Zambian Ministry of Education’s credit they will soon be broadcasting an adult literacy programme largely aimed at women. They understand that by educating women, the next generation of Zambians are also more likely to be employed, self-sufficient and able to care for their families.

To ensure that women can listen to the programmes, Lifeline Energy is a technology partner and will be providing our Prime radios and Lifeplayer MP3s. Women will come together to listen and learn in groups thereby including many more women. Poor families are also unlikely to be able to afford the ongoing cost of batteries, hence the need to include our appropriately powered products.

When the programme airs, you can be sure that Grace will be one of the first to tune in!